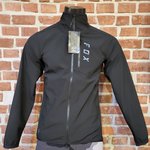 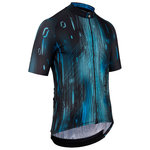 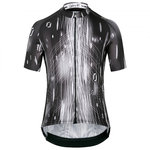 EPS Ergopower controls represent the direct “electronic” evolution of the well-proven mechanical Ergopower. Maintaining the special features, unaltered, the operating philosophy (one lever one action), Campangolo's trademark click feeling, Multishifting technology for the rear derailleur lever, the excellent ergonomics, the comfort of the brakes and the extreme braking efficiency.

In addition to the 3 classic levers, the EPS Ergopower controls are equipped with what is known as a MODE key. By pressing on it briefly you can view the battery charge level, whereas by pressing on it longer you will enter adjustment mode without ever taking your hands off the controls.

The shape places the levers in a position that is easy to access at all times, without any effort at all, regardless of the steering position and whatever the size of your hands. By studying the positions of cyclists' hands, in fact, there were found to be 3 different riding positions depending on the route and riding style itself. These studies made it possible to create the special and exclusive shape of the EPS Ergopower controls, which unlike the mechanical controls, are equipped with a dedicated hood and the control body is made from a very new material that is more rigid and lighter.

The Ultra-Shift™ shape of the levers, as with the mechanical controls allows you to act on the brakes more powerfully. When you have a high grip on the handlebars, especially, it is possible to put the brakes on with more power and faster.

Along with the Power Unit the interface represents the thinking centre of the electronic EPS system, DTI (Digital Tech™ Intelligence).

Its main functions are:

maintain a dialogue with the power unit and thereby process the information
The battery charge level can be checked by briefly pressing one of the two Mode buttons on the controls: 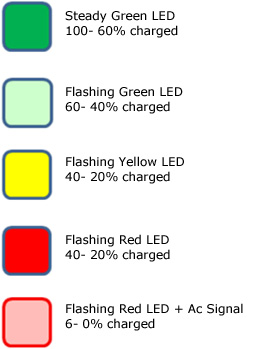 The brain of the system, DTI (DigitalTech Intelligence), as well as the battery pack, are inside the Power Unit, the system's source of power. This is the heart, brain and the "right hand" (this controls the motors and their operating power) of Campagnolo electronic drivetrain.

The main functions of the DTI are:
• monitoring and managing the battery pack
• enabling and monitoring the rear derailleur and derailleur
• signalling any anomalies through the rgb led
• communicating with the interface
• enabling the acoustic buzzer

Once it has received digital signals from the interface, the Power Unit processes them through a special algorithm and translates them into movement of the rear derailleur and derailleur. The DTI, Digital Tech Intelligence, which is housed inside the Power Unit, continuously monitors the signals that arrive from the interface and the rear derailleur and derailleur, thus managing their operation.
The Power Unit, along with the interface, also acts as the diagnostic centre of the system, signalling any anomalies in the system through an rgb led and an acoustic buzzer placed in the Power Unit.
The electronics of the system are housed inside the Power Unit. This strategic choice allowed us to make the system less vulnerable to external agents (such as oil, water, mud and dust) and make it stable even when subjected to significant vibrations, such as those generated by professional athletes on the road of classic north routes.
This way any errors in the system are dramatically limited and the system is guaranteed to function even in extreme conditions, be it weather, be it terrain. In particular, the special case housing the Battery Pack has been produced in a self-extinguishing plastic material (UL94 VØ).

The DTI is equipped with a number of input/output data ports that allow you to check the system remotely and even update the Firmware and Eprom.

The BATTERY uses Lithium ion technology and has unprecedented autonomy. The fully-charged system operates at values of 11.1 nominal Volts (a capacity of 950mAh) and 12.6 maximum Volts. The autonomy depends on the type of use of the system: in stand-by or in movement.
In STAND-BY mode the system is able to maintain the charge for up to 6 months, at the end of which the red led on the system will signal that the battery requires charging. To avoid damaging the battery pack, the system turns off automatically when it reaches 9 Volts, to avoid it from dropping below this voltage. If it reaches 7.2 Volts, a special circuit inside the battery pack (PCM) turns the battery pack off to avoid absorbing additional energy and thus avoiding damage to the battery pack. Once this charge level has been reached and if the led indicating the battery level is off, it is advisable to recharge the battery so as to avoid damage to the system. It is advisable to recharge the system a maximum of every 6 months so as to avoid the battery from going flat.
The level of autonomy when used on the road depends on how intensely the system is used. The following table illustrates three types of use, which depend on the number of kilometres covered each month. This value affects the duration of the battery in terms of time as well as km covered with a fully charged battery.

Kilometers that can be covered with a fully charged battery

The Campagnolo EPS drivetrain is an organic set of mechanical and electronic components that work together in an integrated way to guarantee maximum performance. In particular, the EPS derailleur interacts with the mechanical crank set and enhances the elevated derailleur speed and precision made possible with X.P.S.S. technology. The 8 special upward zones and 2 downward zones for the chainrings associated to the speed and precision of the new EPS derailleur guarantee top performance.

The derailleur is composed of a mechanical structure with dropout and a series of electronic parts. The outer Derailleur Rod held in place by a double-finned pin that passes all the way through to increase rigidity. The System that links the derailleur to the frame is made of aluminium co-pressed with the engineering polymer of the body of the derailleur.
This creates optimal solidity and rigidity ensuring that the derailleur maintains a correct position with respect to the frame.
The core of the derailleur is composed of an electronic actuator; in turn composed of a gear motor with a built-in resolver that uses Magnetic Hall Sensor technology (as the sensor is not in contact it is not affected by the vibrations generated by the terrain, and is therefore always precise).
The gear motor was developed in partnership with a Swiss company that produces electric motors used in missions to Mars. The actuator is also equipped with a "cascade gearbox" which allows movement to be transferred in an exact and rapid manner.

As with the mechanical parts, the rear derailleur represents the pride and joy of the EPS project and encompasses a series of technologies and innovations that allow shifting speed to be optimised and guarantee unprecedented precision, even in the case of multiple shifting with 11 sprockets at a time.

The geometry of the parallelogram has been made more rigid and optimised to promote interaction with the electronic parts.

The lower and upper bodies, the parallelogram and the carbon derailleur cage are moved by a screw system and lead worm screw (not a spring screw) which, in turn, is enabled by the electronic actuator that communicates with the DTI. The built-in resolver inside the actuator is capable of reading the movements of the rear derailleur at any time and optimising its position by communicating with the DTI (Digital Tech Intelligence).

The rear derailleur is also equipped with a play recovery system using a helicoidal spring that optimises stability and precision and keeps operation and performance constant over time, even after many kms have been covered.
As with the mechanical rear derailleur, it is possible to optimise its position with respect to the frame and chain by acting on two adjusting screws: the screw that adjusts the mechanical end stop and the screw that adjusts the distance between the upper pulley and sprockets. By using these screws it is possible to optimise the installation of the rear derailleur and increase the precision of its operation.

The maximum that you could ask for in performance and smoothness. The Super Record™ crankset is an extraordinary concentration of technology and performance: extremely high overall stiffness, extraordinary lightness, fast and precise shifting; the CULT™ system and the option with titanium axle, all this enhances even more the performance and uniqueness of this crankset.

Pros are the everyday testing ground for the chain fitted on all advanced Record™ 11 and Super Record™ 11 groups.
Links and pins have been designed to adhere perfectly to gears and sprockets teeth providing maximum fluidity, reduced friction and improved chain life.

For a fast descent you need a safe and reliable braking system that is powerful and adjustable. The Super Record system guarantees shorter braking distance and complete control of breaking power thanks to our Skeleton™ arm design and new brake pads.
In its standard version Campagnolo® offers the classic front brake Dual Pívot and rear brake Mono Pívot design to provide maximum braking power modulation. But for those looking for the maximum braking power, even at the rear, Campagnolo® offers the rear brake Dual Pívot option.

Maximum performance and low noise with no compromise on components. With this in mind Campagnolo® engineers designed our Super Record™ sprockets with double frame on the last two sprocket triplets. This results in a more solid and lighter frame, thanks to the use of titanium in the 6 larger sprockets.
The Ultra-Shift™ teeth design has been upgraded to make shifting faster, with perfect synchronization and to eliminate chain stress.